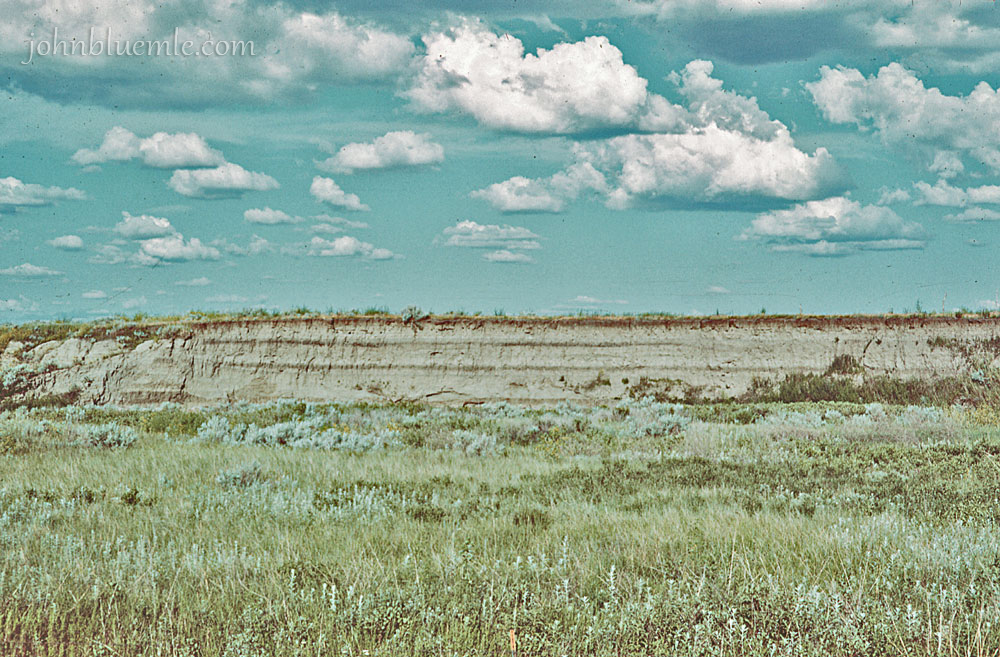 The two horizontal black lines are buried soils—paleosols—in alluvium along the Cannonball River in Sioux County. These two buried soils are unusually level and therefore easy to recognize. The soils formed on river alluvium at times the river was not depositing sediment in that area, when the river was not building its bed. I am unsure how much time is represented by each of the two paleosols – perhaps it took a few thousand years for each soil to develop (the soils have not been dated). Nor do I know how long it took for the river to deposit the alluvial sediment during the three periods of deposition shown (the light-colored silty sediment below the lower paleosol and above each of the paleosols). Deposition of the sediment might have been much quicker than the time it took for the soils to form. This area was probably not glaciated during the most-recent glaciation.