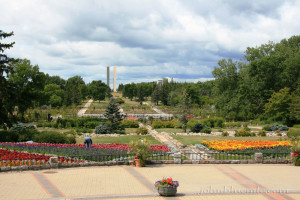 Fig. 15-A. View along the International border of the Center Mall. Rolette County. Photo: July, 2009.

The origin of the name “Turtle Mountain” has never been definitely explained. 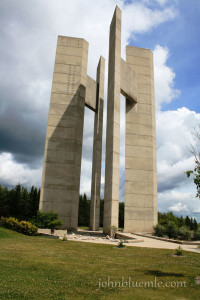 Fig. 15-B. The Peace Tower, built in1982, consists of four columns, two in Manitoba and two in North Dakota. The tower is 125 feet high. As I write this, the tower is being dismantled due to deterioration and danger to bystanders. I am unsure what will replace it. Photo: July 29, 2009.

Between 1810 and 1870, Métis hunters from the Red River area followed trails north and south of the feature, to reach the buffalo herds. When viewed from the south, the upland appeared to the Métis as a turtle on the horizon with the head pointing westward and the tail to the east. Another account says that the feature was named for an Ojibwa Indian, “Makinak,” (turtle) who walked (ran?) its entire length in one day. The Ojibwa often took their names from things in nature, and the turtle was an important figure in their religious tradition. Other names that have referred to Turtle Mountain include Makinak Wudjiw, LaMontagne Torchue (French for ‘Turtle Mountain’), Turtle Hill, Beckoning Hills, and the Blue Jewel of the Plain.

Still another possible origin for the name might be the painted turtles, which are plentiful in the area today. The only “semi-official” information I could find that referred to the origin of the name was included in the early accounts of government cartographers, who noted that, from a distance, the profile of the plateau resembles the back of a turtle. Patrick Gourneau, in his book History of the Turtle Mountain Chippewa explained why “Turtle Mountain” is not “Turtle Mountains.” He states the following: “The naming of Turtle Mountain goes back a long time, versions from white men and Indians. To mention only three Chippeway versions, it indicates that it was the early Chippeway migrants from the woodlands of the east who named it Turtle Mountain. None of the three versions carry the name Turtle Mountains. As far back as my memory goes, I have not ever heard a full blood term the hills as Turtle Mountains, and same applies to the “Mechifs.” The Chippeway name is “Mekinauk Wudjiw” (Turtle Mountain). If it was Turtle Mountains it would be “Mekinauk Wudjiw wum” (plural). The “Mechifs” referred to the hills as “La Montagne Torchue.” “La Montagne Torchue” is French meaning Turtle Mountain. — quoted in Trail of Misgivings by Daniel F. Jerome, 2006, 280 p.

The name “Turtle Mountain” has been misused for so long, that it has become common practice to use the plural or the singular interchangeably to designate the area. I will use the singular form in this article. 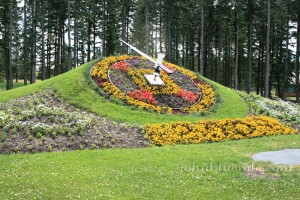 For many people, mention of Turtle Mountain brings to mind the International Peace Garden, which straddles an area of three and a half square miles on the U.S.- Canada (North Dakota – Manitoba) border. North Dakota, after all, is known as the Peace Garden State. The Peace Garden was established in 1932 as a symbol of the peaceful relationship between the two nations. The North Dakota portion of the Peace Garden is in Rolette County on the west side of U.S. Highway 281.

Turtle Mountain rises 600 to 800 feet above its surroundings, high enough to receive significantly more precipitation than the surrounding grassland. As a result of the heavier precipitation, Turtle Mountain is forested. The hills cover an area of about a thousand square miles, half in North Dakota, and half in Manitoba. Along with river bottom land and the forested Pembina Hills to the east, Turtle Mountain is one of the few extensive wooded areas in the region. The predominant covering of aspen is interspersed with black poplar, ash, birch, box elder, elm, and bur oak. A large part of the vegetation consists of shrubs like hazel, chokecherry, saskatoon, nanny berry, dogwood, highbush cranberry (pembina), and pincherry. Fire played an important role in the development of present-day vegetation. Prior to settlement, Turtle Mountain was periodically swept by fire caused by lightning and by human activity. Plains Indians recognized that a heavy growth of new plants appeared in burned areas. They knew too that forests did not attract bison, an important food source, so they routinely set fire to the wooded areas. Prairie winds then carried the fires for many miles. This practice may represent one of the earlier attempts by humans to attract animals by manipulating the environment. 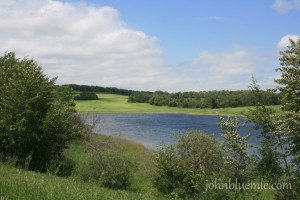 Turtle Mountain is basically an erosional feature, a broad area, resulting when younger sediments were left standing when the surrounding older materials were eroded away. Unlike the Killdeers, though, Turtle Mountain was then glaciated and the resulting glacial landforms greatly changed the area. Had the area not been glaciated, Turtle Mountain might be more like the Killdeer Mountains, although much broader and probably not so prominent a feature. The area of Turtle Mountain is underlain by rocks of the Cretaceous Fox Hills and Hell Creek formations and the Paleocene Cannonball Formation, all covered by a thick layer of glacial sediment. In early Pliocene or earliest Miocene time, five or six million years ago, the area that is now Turtle Mountain was part of a broad, northeast-sloping plain. Rivers and streams flowed over the plain from the west and southwest, making their way to Hudson Bay. Then, in Pliocene time, maybe four million years ago, erosion increased markedly and large amounts of material were removed as deep valleys dissected the plain. I am unsure why this cycle of erosion began. Perhaps the area was uplifted by geologic forces so that streams began to cut down and into the sediments over which they had been flowing or (more likely) the climate may have changed. 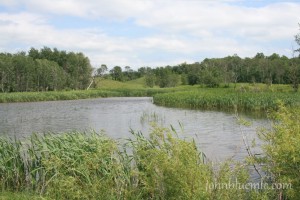 The erosion removed sediment and shaped new hills and valleys. Gradually, as streams carried the sediments surrounding Turtle Mountain away to Hudson Bay, a large mesa, or perhaps a range of buttes, remained where the hills that comprise Turtle Mountain stand today. The reason the outlier developed where it did is not clear. The uppermost bedrock unit (beneath the covering of glacial sediment) of Turtle Mountain is the Tertiary Cannonball Formation, which is not notably resistant to erosion. It is possible that some kind of resistant layer was present throughout much of the erosion cycle, perhaps a part of the lower Bullion Creek Formation. Additional drilling in the area may eventually penetrate a remnant of some resistant material that has not yet been found. If any resistant layer exists, it is everywhere buried beneath glacial sediments. 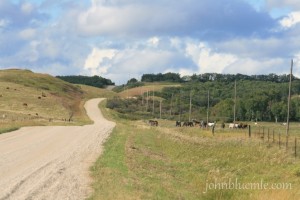 About three million years ago, the climate turned colder and, as snow built up to great depths near Hudson Bay, glaciers formed and the ice flowed southward, out of Canada into North Dakota. As the climate fluctuated during the Ice Age, glaciers advanced and receded, flowing over and around Turtle Mountain several times. About 25,000 years ago, the Late Wisconsinan glacier flowed southward over Turtle Mountain for the last time. During the most recent major glaciation, Turtle Mountain was continuously buried beneath the actively moving glacial ice for about 10,000 years. 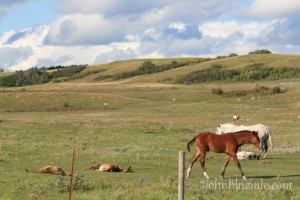 The movement of the glacial ice over the obstruction formed by the Turtle Mountain upland caused the ice to become compressed, resulting in shearing within the glacier, especially on the west and north sides of the area. The shearing of the ice at the edge of Turtle Mountain caused large amounts of rock and sediment to be incorporated into the ice. As the climate moderated between 15,000 and 13,000 years ago, the glacier became thinner and its margin receded northward. Because Turtle Mountain rises 600 to 800 feet above the surrounding area, and because ice 200 or 300 feet thick can flow under its own weight, the flow of glacial ice on the lowland adjacent to Turtle Mountain continued for a while. At the same time, the glacier on top of Turtle Mountain stagnated, leaving several hundred feet of debris-covered ice covering the surface on the upland.

In areas surrounding Turtle Mountain, where shearing of material into the glacier had not been as intense, the ice was cleaner and it simply melted away, leaving only a small amount of sediment. In contrast, as the debris-covered stagnant ice over Turtle Mountain melted, the debris it contained gradually became concentrated at the surface of the ice, resulting in an increasingly thick insulating layer that greatly retarded the rate of melting. Thus, even though the glacier had stopped flowing, and had stagnated over the Turtle Mountain upland by 13,000 years ago, the layer of insulation that built up on top of the stagnant glacier kept it from completely melting for another 3,000 years. It was not until about 10,000 years ago that the last glacial ice on Turtle Mountain melted.

Fig. 15-H. Diagram showing ice advancing over the Turtle Mountain escarpment. When the Late Wisconsinan glacier (as well as earlier glaciers) advanced southward over Turtle Mountain in Manitoba, and eastward (at the west end of Turtle Mountain) in North Dakota, the compression caused it to shear large amounts of sediment into the ice. This part of the glacier became detached from the main part and stopped advancing. As it melted, the debris it contained became concentrated on the surface of the ice, slowing the melting process (see essay on dead-ice moraine). When all of the dead glacial ice melted, the result was the current land surface. Diagram: January 29, 2015

The glacial sediment on the stagnant glacier covering the Turtle Mountain upland was irregularly distributed and, for this reason, the ice there melted unevenly. This uneven melting caused the upper surface of the stagnant ice to become hilly and pitted with irregular depressions. The glacial sediment on and within the ice was saturated with water from the melting ice and it was highly fluid. It slid down the ice slopes in the form of mud flows and filled the depressions. Thick accumulations of debris in depressions on the stagnant glacier insulated the ice beneath, keeping it from melting quickly. Newly exposed ice, from which the insulating debris cover had recently slid, melted rapidly. The result was a continual reshaping of the surface of the stagnant, sediment-covered glacier.

The environment over Turtle Mountain gradually stabilized and the lakes flooding the sediment-lined depressions on the stagnant glacier became more temperate. Most of the water in the lakes came from local precipitation, rather than from melting ice. Precipitation at the time was greater than it is today; probably more than 50 inches a year, and the mean annual temperature was a few degrees cooler than it is today. Eventually, all the stagnant ice over Turtle Mountain melted, and all of the material that had been on top of and within the glacier was distributed in its current position, forming the hilly “collapse” topography found in the area today. These landforms are referred to by geologists as “hummocky collapsed glacial topography,” or “dead-ice moraine.” The modern landscape on Turtle Mountain is characterized by hundreds of lakes and ponds, by hummocky topography, and also by some broad, flat areas that stand well above the surrounding rougher land, along with some flat, lowland areas. Many of the higher flat areas are old lake plains, underlain by silt and clay that were once surrounded by glacial ice. These areas are referred to as “elevated lake plains.” Some of the lower flat areas are covered by stream deposits of gravel and sand. No streams flow for any great distance throughout the area. 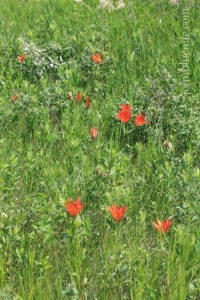