My main geologic interest is the development of landforms, also known as geomorphology, particularly glacial landforms. I had opportunities, over the years, to spend time in Iceland and northern Europe where I increased my knowledge of glacial geology, landscape evolution, and related fields of geologic interest.

I was employed by the North Dakota Geological Survey from 1962-2004, and until about 1987, most of my work involved field mapping. During that time, I mapped the geology of 23 of North Dakota’s 53 counties. With time, I became more involved in management issues and the North Dakota State Industrial Commission appointed me State Geologist in 1990.  I served in that capacity until I retired in 2004. 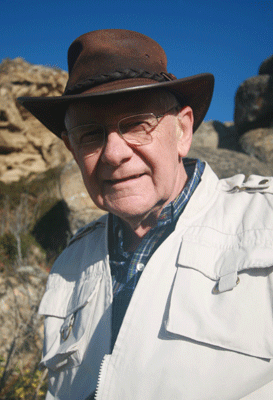 (partial listing; year listed is the year I joined)

American Association for the Advancement of Science [1963]

During my 42 years with the North Dakota Geological Survey, and since I retired, I published about 450 reports, articles, maps, essays, etc. Of these, about half were published as Survey reports. About a quarter were published in refereed technical journals and the remainder in a variety of other venues (magazines, etc.).